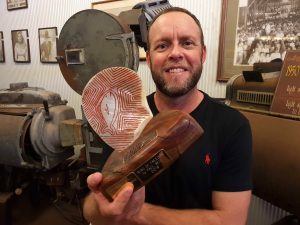 Originally from southwest WA, Paul Bell moved to Broome in 1996. He joined David Batty of Rebel Films working throughout the Kimberley on documentary and educational projects. In 2001, Paul was accepted into AFTRS in Sydney to study cinematography in documentary, returning to establish his own production company, Feral Films.

Over the last decade Paul has worked around the world as a freelance director, cameraman and editor for Lonely Planet TV, National Geographic, Discovery, Eurosport, ABC, SBS and CAAMA Television. Highlights include working with the United Nations recording traditional knowledge of climate change with indigenous peoples and travelling to the vast continent of Antarctica.

At the tender age of 23, Mark Jones had an epiphany when filming with legendary Australian filmmaker, Malcolm Douglas. He realised that he loved the camera and the stories it could tell, and he fell in love with the Kimberley, its ruggedness, its people and deep heritage.

Mark went on to make 17 films with Malcolm in those formative years, and that experience led to opportunities in the adventure, wildlife and ethnographic genres. It has allowed him to explore his 3 great passions, ‘Country’, its original people and the Cultural landscapes produced by the two.

Neil authored the 1998 National Report on the Broadcasting for Remote Aboriginal Communities Scheme and worked on establishing the Indigenous Community Television and National Indigenous Television services. Neil received the Mr McKenzie Award for his contribution to remote Indigenous television in 2014. Currently serves as Secretary on the Board of ICTV. Neil is also an incredible animator, running workshops with Indigenous people that have resulted in award winning films such as Whirlpool and Killing of the Bilikin Brothers (PAKAM Animation Crew). 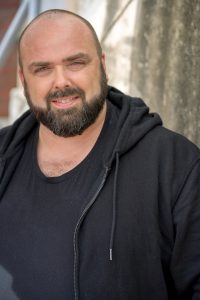 Michael is a graduate of Curtin University, with a Bachelor of Arts (English), and Honours in Performance Studies. He is a graduate of the National Institute of Dramatic Art (NIDA) Acting Course. He has completed a Masters in screen directing and writing at the WA Screen Academy, and has a PhD in Performing Arts from the Western Australian Academy of Performing Arts (WAAPA). Michael is currently the Head of Film and Theatre at University of Notre Dame Fremantle, and regularly teaches and directs into the WAAPA Acting and Musical Theatre degrees, along with working for NIDA Open and Bell Shakespeare.